Stories of Thriving from across North Carolina 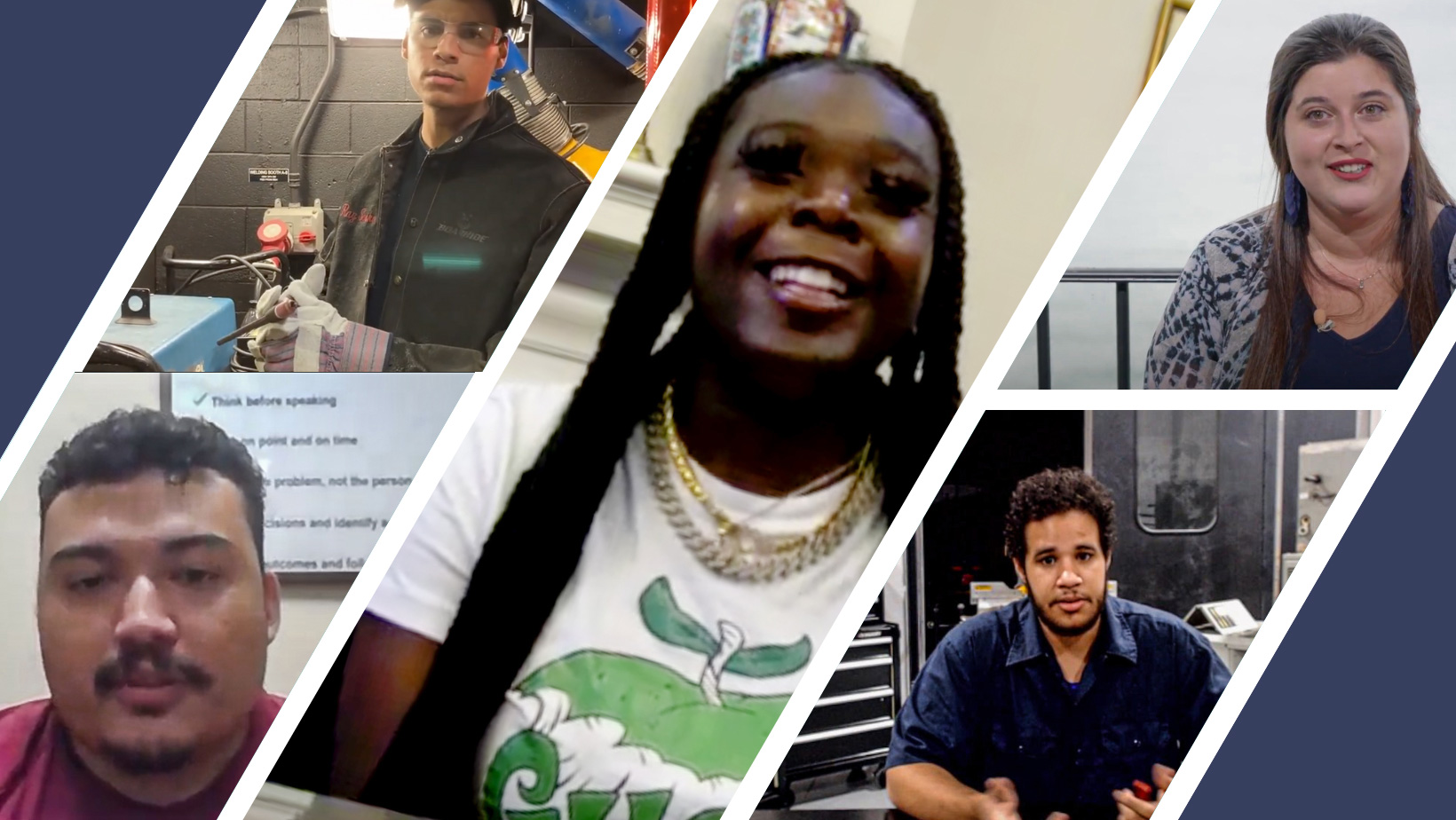 When seeking to improve or address an issue, it’s critical to understand the associated challenges and barriers. In a previous blog post, we described challenges for Opportunity Youth, young people aged 16-24 who are not in school or working, who are the focus of Carolina Across 100’s first program called Our State, Our Work (OSOW). It is equally important, however, to learn from what works and to uplift those success stories in order to replicate and adapt effective strategies and multiply positive outcomes.

Last month, representatives from OSOW gathered for a two-day learning forum at the UNC School of Government. Before arriving in Chapel Hill, the OSOW teams were asked to create a short video capturing the story of a young adult who either is or was at high risk for becoming an Opportunity Youth. We called these videos “Stories of Thriving.”

These stories allowed teams to center the voice of a young person in their community who had defied the odds. They were personal and powerful accounts of experiences in each young person’s own words. Their stories stood as a testament to the trusting relationships the community organizations that are part of OSOW’s community teams have formed with people in their programs.

They also prompted teams to identify the supports that led to success for these individuals and to consider ways to provide more young people with such resources. The stories were our first attempt to have teams learn directly from the very population they hope to support.

We are deeply grateful to those who shared their journey with us. Our hope is that, alongside our community teams, we can take these individual “stories of thriving” and create systems-level programming across the state that creates accessible on-ramps to education and employment. This blog documents some of what we have learned so far about how to do that. 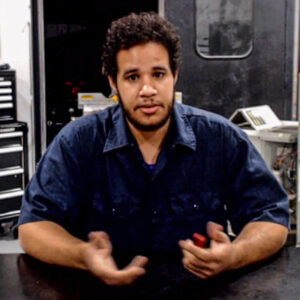 After losing his dream job working under a Michelin-star chef, Danny Braddy of Mecklenburg knew that he needed to find new opportunities to provide for his wife and child. After connecting with Men of Destiny, he completed the Occupational Safety and Health Administration (OSHA)-10 certification and began heating, ventilation, and air conditioning (HVAC) and facilities maintenance training. He shared that after becoming unemployed during the pandemic, it was hard to imagine doing anything other than what he was used to. However, Men of Destiny opened his eyes to new opportunities and avenues to provide for his family. He shared that although his current work feels like “a 360” from his culinary studies, he’s excited to this opportunity to “start at the bottom, learn as much as he can, and use each opportunity as a steppingstone.” 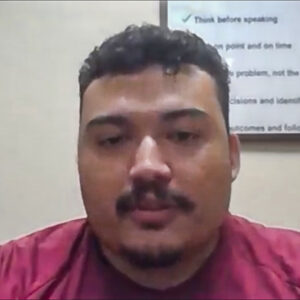 Throughout theCareer Accelerator Program (CAP), Felix learned new skills and how to use tools he was previously with. He took these challenges as an opportunity to cultivate a new skillset, asking both his supervisor and instructor for more information and opportunities to practice so that he could strengthen and solidify the new skills he was learning.As a result of his resilience, he secured a position as an engineering technician at AKG North American. His future plans include going back to school to earn a BA in electrical engineering.

Despite living in North Carolina his entire life and considering the United States home, Felix is not considered a state “resident” due to being a DACA recipient. This stood in the way of receiving in-state tuition, scholarships, financial aid, and being able to earn an affordable education after high school. Because CAP does not have a residency requirement, he was able to “get a job, education, certificate, and career experience all in one package.” He shared that his motivation for continuing in the program and excelling was to work just as hard, or harder, to provide for himself as his parents who have made lots of sacrifices coming to the United States. 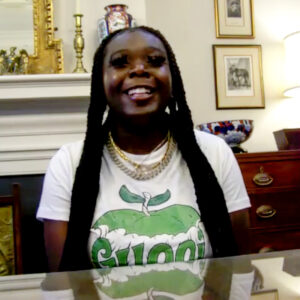 Diamond, from Wayne County, enrolled in the WIOA and earned her GED from Wayne Community College while also working for the city of Goldsboro and Literacy Connections of Wayne County. Throughout this process, she preserved through obstacles and self-doubt because she wanted more for herself. Diamond shared with us that she is incredibly grateful to Ms. Shaquita Hatcher, Next Generation Career Advisor of Wayne Community College, who helped her every step of the way.

Her ultimate goal is to own a successful business. She shared that when facing hardships in the program, she persisted because she knew that earning her GED and completing a work experience would pay off, and, if she quit, she would never know what she was capable of achieving. 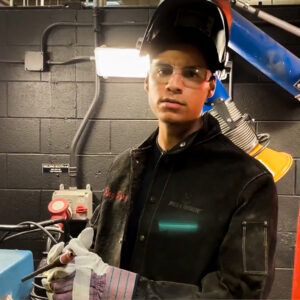 Genesis, from Mecklenburg, shared that he is grateful to Central Piedmont Community College for providing financial support for the equipment needed for his welding class, a skill that he has become very passionate about. His engagement and enthusiasm to learn the trade has led him to a position as a lab facilitator, operating machinery, helping other students, and completing repairs. 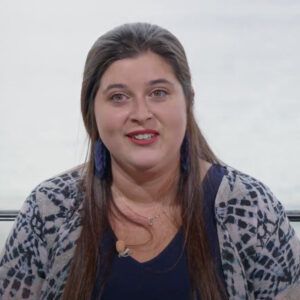 After being connected to the WOIA program by the Achieve HIGHTS! Team, Courtney completed a work experience at a local law firm while also working towards her GED. She was extended a position at the firm, where she worked until she graduated. Now, she’s able to work from home as a non-medical transport call center, serves as a public notary, and plans to go to college for business administration and legal administration.

She shared that after being out of school for eight years and being told earning her diploma would be impossible, she had no intention of going back to school. But, she is so glad that she did, and hopes her story will help ease the nerves of other young people who may be in a similar position.

Thriving in the face of adversity

Young adulthood is a formative phase of life. During this time, people typically create a foundation for adulthood that can shape their overall life trajectory. It often includes multiple transitions, juggling significant new responsibilities, and sometimes gaining acute awareness of the ways that racism and discrimination can obstruct the ability to thrive. All of that was reflected in these stories.

Many stories included talk of the balance required to care for children and elder family members while also pursuing their education and working. Many shared that at school or work, they face discrimination due to their race, ethnicity, economic class, or academic performance. Some also faced challenges to achieving their career goals due to language barriers, disability, and/or previous involvement with the justice system.

Despite all this, they were motivated to persist by the need to provide for their families, wanting a better future with more opportunities for themselves, and believing that in the long run, their hard work would be worth it.

The Assets (what supports were vital to their success?)

As we listened to these stories and heard these young adults describe the resources and supports that were critical to their success, three themes emerged.

To aid these young adults’ success, it was important that they have opportunities for stable employment after earning a credential, such as a passing the General Education Development Test (GED). Most of the youth are now involved in the skilled trades, earning stable and fulfilling employment after completing their GED, an apprenticeship program, or participating in programs offered as a part of the Workforce Innovation and Opportunity Act (WIOA).

Every single youth expressed that a mentor, teacher, or other advocate was crucial to their success. These individuals not only provide irreplaceable encouragement and personal connections to the youth, but also help them navigate education, the workplace, and other systems.

These youth have overcome extraordinary challenges on their journeys. But after accomplishing significant educational and career milestones, they’re only getting started. Earning a degree, credential, or certification, becoming skilled in a new trade, and earning employment showed these youth what they’re capable of. And it made them want even more for themselves. Many expressed a strong desire to pursue further education, share their story to inspire others, start programs like those that helped them in their communities, and be successful, self-employed business owners.

In their own words

When thinking about the advice they would give others who are thinking about returning to school or entering a new career, the youth shared encouraging statements such as…

“Find what’s best for you, only you can figure that out.”

“It’s never too late for you.”

The tools and supports discussed here can help youth achieve their goals in powerful and inspiring ways so that they can chart their own course. We need to give them the opportunities to discover their strengths and passions so they are empowered to find the path that’s best for them in ways that only they can, no matter how many turns their path takes.

We know that working with the incredible community teams in the “Our State, Our Work” program will result in so many more stories like these.

Learn more here and stay connected with our work.